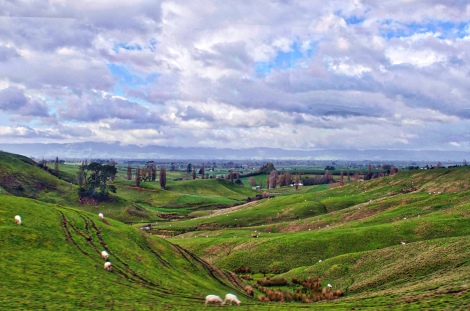 I am never one to disrespect a beloved landmark, but remember my description of Kiwi’s? No Hollywood (i.e. pretense/narcissism)?  Well, Hollywood made it’s way to Matamata, New Zealand in a big way- self-aggrandisment and big ego are all apart of The Hobbiton (c’mon Californians we are trying to get away from Hollywood on vacation).  Matamata is GORGEOUS lots of thoroughbred stud farms, sheep and rolling hills.  A bit like another favorite place Calgary, Matamata is green, bucolic and filled with farms.   Until you hit, The Hobbiton. 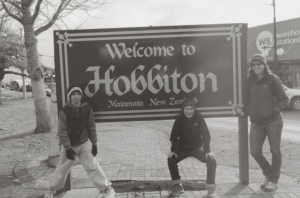 The Hobbiton is a movie set which Peter Jackson (watch out, here comes Hollywood) and the Alexander Family (sheep farmers that got really, really lucky) formed a partnership for a tiny parcel of land.  The resulting growth has brought fast food restaurants 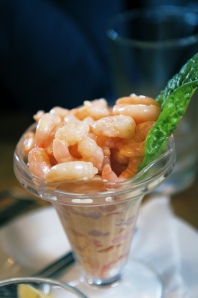 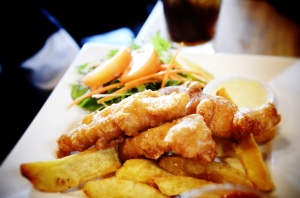 Fish and Chips at Redoubt Cafe- a gut bomb 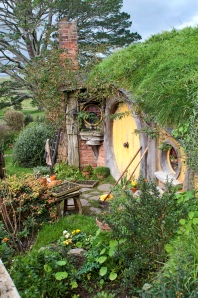 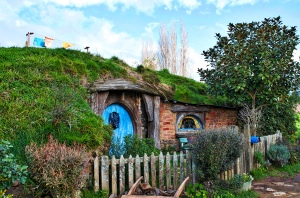 A hobbit hole only used for exterior shots nothing inside. 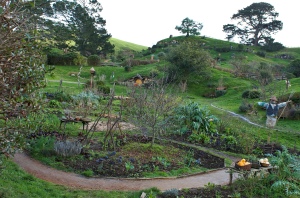 In the tour, not once is JR Tolkien referenced who is the author of the series of books which made Jackson and the Alexander Family so lucky (again, NOT ONCE).  There are stories about Peter Jackson (a dude who made a lot of money thanks to JR Tolkien!) stories about the Alexanders (the sheep farmers who are still making bank on the proceeds from the set).  My call is skip the set, enjoy the gorgeous scenery on your way to Rotorua and read the books by JR Tolkien (all under 30.00).

Where are we today?

Where we have been